Make your East Iceland base the beautiful Aurora Cabins

If your idea of Icelandic holiday heaven is a cabin that feels like it is miles from anywhere, yet is easy to reach and well placed for sightseeing, then we might just have the perfect spot for you. The south east of the country has a plethora of attractions but also has the wide open spaces that characterise off the beaten track Iceland. Each one of Aurora’s four cabins has been allowed space to breathe; sit on the wooden deck and admire the mountains beyond.

Break the drive from (or to) Reykjavik with a stop at Svartifoss waterfall. You’ll find it at Skaftafell, in the south western part of Vatnajökull National Park. Black columns of basalt frame the upper part of this 20 metre high waterfall, one of the most dramatic of Iceland’s many waterfalls. That colour is of course what gives this place its name, Black Falls. Fed by meltwater from the glacier Svínafellsjökull that fuels the River Stórilækur, this is a beauty, and well worth the detour off the main road and short hike to reach the falls themselves.

Vatnajökull is so close to Aurora Cabins that you feel like you might just be able to reach up and touch its icy surface. This body of ice is not only Iceland’s largest glacier, it’s also Europe’s. Vatnajökull covers almost 10% of the country’s land surface and it’s no surprise therefore that it’s one of the main tourist draws. The stats are impressive: Vatnajökull measures in the region of 8100 km2 and at its thickest point, there’d be something like a kilometre of ice underneath your feet.

In summer, super jeeps ferry passengers up to the edge of the ice sheet over terrain that’s too rugged for a normal vehicle to handle. Kitted out with insulated suits, heavy-soled boots and helmets, you board snowmobiles for the thrilling ascent onto the ice itself. Dodging crevasses, you’ll enjoy the ride of your life as you zoom through some of Iceland’s most jaw-dropping scenery. This is Icelandic wilderness at its best: a vast valley of ice framed by a row of snow-capped peaks.

Hiking’s not impossible, if you know where to look. The 8km long Hjallanes loop trail begins at Guesthouse Skálafell; the scenic 7.5km hike to Heinabergslón, the icy lagoon at the foot of Heinabergsjökull glacier, begins at the same spot. You can kayak on this lagoon too, if you wish.

If you’re keen to see what the landscape’s like beneath the ice as well, then book a trip to see the famous Crystal Cave. This unlocks a fairytale world of dazzling blue ice, sculpted by meltwater into a beautiful subterranean cavern. This time, you’ll need to travel in winter, for the higher temperatures of summer make this a dangerous environment, where roof collapses are a very real threat and the caves fill with water. But in winter, the cold brings stability and with it, the chance to visit one of Iceland’s most impressive natural landforms. The pure ice is luminous in the light that filters through from above and its blue hue is one of the most photogenic sights you’ll ever witness.

Of course, with over 250 other glaciers scattered across the country, this isn’t the only one conveniently close to the Aurora cabins. Another must-see is Breiðamerkurjökull glacier, an outlet glacier of Vatnajökull. Although to be precise, it’s the lagoon its icebergs calve into that has the wow factor. That lagoon, of course, is Jökulsárlón (Glacier Lagoon), one of Iceland’s most breathtaking locales. The water sculpts chunks of ice in different shades of blue into majestic icebergs. In summer, amphibious vehicles slide off the lakeshore into the water and chug slowly between them, eliciting cries of delight from those on board.

In winter, attention shifts to what’s been dubbed Diamond Beach. This strip of black sand seashore forms part of the greater Breiðamerkursandur glacial plain. It is littered with icebergs washed back onshore by the waves after travelling down from Jökulsárlón lagoon to reach the ocean. Sunlight catches on the faceted surface, making the ice glitter like a diamond. It’s an 80km drive from the cabins, but what awaits you once you’ve parked the car will make this the drive of your life. Because of its distance from the capital, the crowds thin as the days shorten, making a Jökulsárlón winter a very special thing indeed.

Iceland is often referred to as the land of fire and ice, and one of its most active volcanoes can be seen from the cabins. Hekla and Eyjafjallajökull might be better known, but it is actually Öræfajökull, located at the southern end of Vatnajökull, that is the largest active volcano in the country. It also boasts the country’s highest peak, Hvannadalshnúkur, which tops out at 2,110 metres (6,920 ft).

Less well known, but nevertheless no less showy, is Vestrahorn. Its peaks reach up to 454 metres, rising straight from the black sand beach on the wild Stokksnes peninsula. Strand on the beach to admire this view and you’ll be left in no doubt why photographers love this picturesque location. Stokksnes is only 12km from Aurora Cabins, making it an easy trip if the skies clear on a rainy day.

Northern Lights holidays have exploded in popularity over the last few years, and Iceland is without a doubt one of the best places to witness this amazing spectacle. Travel far from the capital and the skies darken, optimising your chance to experience the Aurora Borealis. From September to March, conditions can be favourable for you to be able to witness one of nature’s most incredible phenomena. It’s a bucket list moment for many, and for good reason. Vivid green ribbons twist and roll across the sky. Fickle, they can show up for a fleeting moment or put on a show that lasts for hours and hours. But that’s the point, of course, and the reason why those who are treated to a showing treasure the memory for the rest of their lives.

Instead of facing a long night drive, holidaymakers staying at the aptly named Aurora cabins can view these dancing green and purple curtains from their own backyard. Of course you’ll need the forecast to be for strong Auroral activity, but at least when they do show up, you won’t have far to go to stumble back to bed.

Sometimes, it’s the off the beaten track, under the radar attractions that make a holiday extraordinary, the realisation that you’ve done something that few others will have done. Exchange your stories about snowmobiling on Vatnajökull and iceberg spotting at Jökulsárlón if you will, but then, perhaps, throw a casual mention of Hoffell hot tubs near Höfn into the conversation. In stark contrast to the luxurious setting of Reykjanes’ Blue Lagoon, these hot tubs are more basic, for sure, but there is something delightful about taking a dip al fresco however salubrious the setting. The magic is in the surroundings: as you soak, the view is of mountains and valleys rather than a geothermal power station. Not that there’s anything wrong with geothermal power stations of course.

One of the quirkier attractions within easy reach of Aurora Cabins is a Viking film set. Originally commissioned a decade ago for a film project that stalled thanks to a lack of funds, it’s now likely to see some action in a forthcoming Universal movie entitled Vikingr. Until filming kicks off, you can take a close up look at the set located close to the beach at Stokknes, step inside the turf-roofed wooden huts and even peer into a dungeon concealed beneath a fake boulder. Let your imagination wander to what it might have been like to live in Iceland over a thousand years ago.

If it’s just not a holiday without the chance to take a dip in a full-sized swimming pool, you’ll find one up the road from the cabins at Höfn. The main pool is a 25 metre one, and there’s also children’s pool and an ice bath – brace yourself for a dip in the latter, where the temperature’s a decidedly chilly 4 – 7°C. It’s OK: there’s a hot tub too if you need to wallow in warmer waters. Höfn’s a good choice too if you’re looking to eat out. We recommend Pakkhús. This lovely restaurant overlooks the harbour of Höfn í Hornafjörður and its menu sources local ingredients from the area around the Vatnajökull Region. Grilled lamb, slow cooked salmon and langoustines showcase the local cuisine. Home cooks will be pleased to learn there’s a barbecue on the deck of each cabin too. Just don’t forget to shop for a bottle of wine to toast your good fortune at finding such a wonderful place to stay. 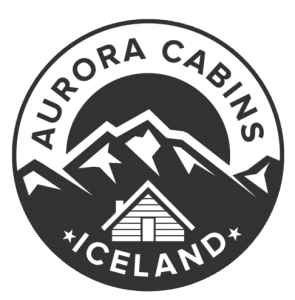